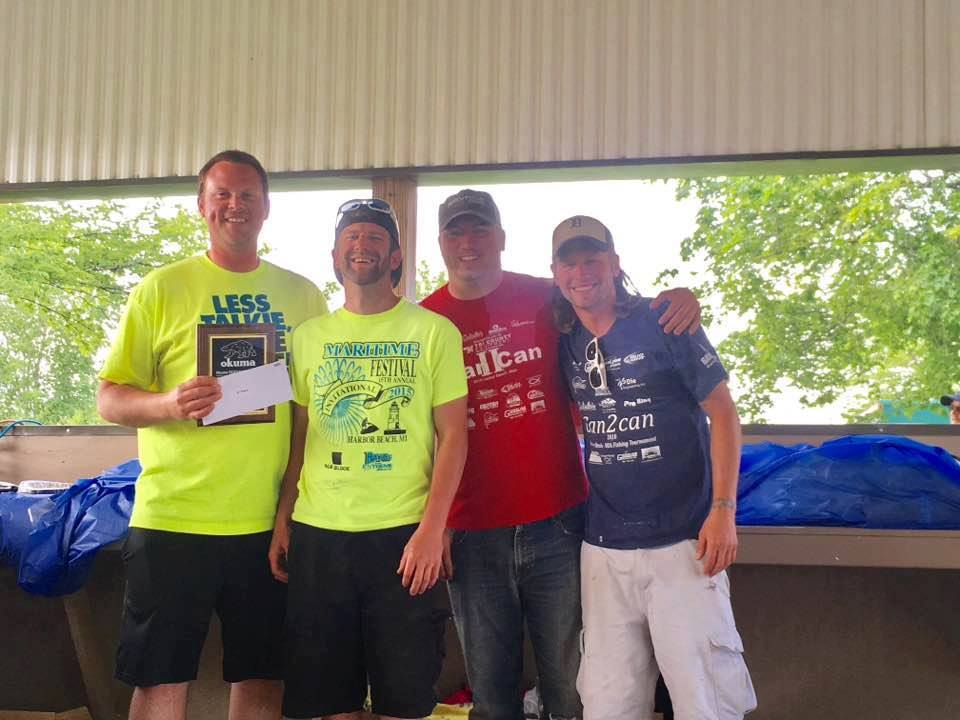 Reports are in from this year’s Okuma Deadeye Challenge up in Michigan. With 44 teams and 132 anglers, this was the biggest turnout yet!

Here is the recap directly from the tournament director.

"For the 2017 Okuma Dead Eye challenge, we had a respectable turnout of 44 Teams. This was impressive given the fact that we also had a MWT event happening North of us a couple hours on Houghton Lake.
With all 44 teams counted we had angler support of 132 anglers that actually fished the tournament. The weather cooperated beautifully for the event and we had some incredible weights this year.
Heaviest weights in the tournament history in fact. 1st place team weighed in 35.11 pounds to win the event. The big fish pot was won with a 8.60lb fish. We weighed in a total of 668lbs of Walleyes! This didn't include the bonus whitefish we were all catching.
As in years past, this tournament raises money to help a different charity every year and with the money raised this year, we were able to donate $890 to the Elkton park for some much needed renovation. Another $470 was donated to a local transportation organization that provides free transportation to Senior Citizens needing rides to various clinics, stores or even the park if they would like.
We also had an interactive kids fishing seminar put on by the NPAA (National Pro Anglers Association) that awarded kids with a rod n reel combo at the end of the fishing tutorial. Very popular!"