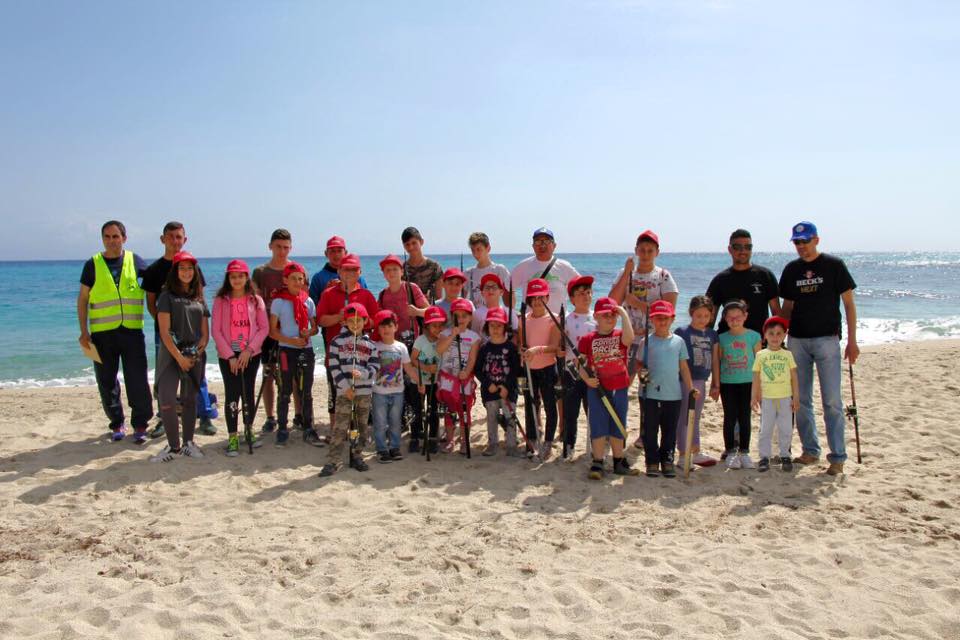 RICADI
Third edition fishing race
The association of friends of the sea for the third consecutive year has organized the fishing race with cane from the beach for young friends of the sea until seventeen years the event was seen at the grotticelle beach in front of the four rocks village as stated by the president Antonio Giuliano the spirit that animated this initiative of healthy competition and has highlighted the importance of living a moment of aggregation among children in contact with nature and in total respect for the environment - the four race commissioners Francesco di bella, Antonio tripods, Nando in the pass, and Nicola Pantano who have passionately witnessed the twenty guys after having carried out the measurement and recording of the fished and immediately released to the sea - the first three classifieds of the omotive race are third ranked Giovanni Pantano , Second ranked Marco of a beautiful first ranked Alex paparato after the awards ceremony at the premises made available to the Owners of the four rocks village, the event was enclosed with a delicious sweet and salty buffet offered by the association. It provided care for the beach both before and after the event - the president thanks the market sponsors Pantano di brivadi, The house of the fisherman of Santa Domenica, the Olympus and thank all the people who in various ways have collaborated to the success of the event